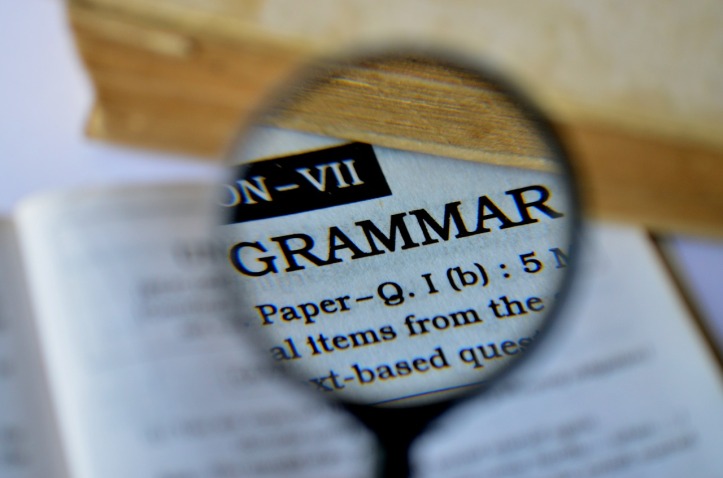 If you missed #langchat last week, I did too. I do have an excuse though, just in case. As I was scrolling my feed an hour later, I came upon this tweet of one of my favorite bloggers, a fellow French teacher Lisa Shepard (@mmeshep). As you can see quite a few langchatters expressed their approval, including myself.

A1 More and more I feel the right time to teach grammar is after they already know it. Very little direct instruction with nov Ss #langchat

Later, Lisa mentioned that she does not teach or explain the rules at the Novice level, to which I replied,

@mmeshep @SraStilson I didn't do any at all for a few yrs & it backfired. Some organization is needed in their heads: after they can use it.

Some of you (you know who you are) kindly asked for an explanation and , I decided to make this conversation public. Feel free to comment or add your thoughts; just be nice, as Martina Bex (@MartinaBex) recently requested. So here’s my story.

Five years ago I got a new job in a school where I would be the only French teacher. By that time, I had gone to a NTPRS conference which completely changed my views on language acquisition and teaching of L2. The experience of learning Swedish in one of the sessions sent me on a quest of everything CI related, Google became my best friend, I discovered teacher blogs. I had also experimented with storytelling and skill-based assessments in the classroom, but felt that I was tied to a school and district with many other more experienced professionals expecting me to follow the textbook. Heck, I was on the textbook adoption committee myself a few years prior to that.

As I walked into my new classroom for the first time, I felt free. Free from pressure to be on the same page, free from my own teaching baggage, free to start anew. I smiled and started to clean and rearrange the classroom that desperately needed it. Then I saw them. They were staring at me from the shelves. Three sets of textbooks of all levels from different publishers, some older than my future students. I stared at them too. At that very moment, I decided that if I wanted to take this chance to change my teaching, I needed to let everything go, including the textbook. So I did. Those old books remained on the shelves and were quietly disposed of a few summers ago. I did the same with vocabulary quizzes,  grammar exercises, culture days, homework, and many more things that I used to do just because everyone else around me was doing them. When Amy Lenord (@alenord) wrote on her blog recently that old habits die hard, I felt like I dumped all mine at once but didn’t have enough left for a solid foundation to teach effectively balancing all aspects of this complex task.

If you ever made a similar drastic move at some point in your teaching career, you know quite well that it didn’t simplify my life. On the contrary, it made my prep nights longer. But I persisted and my students strived. They were able to say and write so much more than I could have ever imagined in my previous “page-by-page textbook + discrete grammar + canned tests + points off for everything wrong” teaching. My students had plenty of input, structured and scaffolded output, novels to read and role play, authentic resources and current events to discuss. I know that I am a much better teacher now than I was five years ago. It feels good. But I know I could be better.

Once my first class of freshmen graduated, the sense of full responsibility for my students achievement weighed heavily on my shoulders. Some particular patterns of errors and lack of attention to detail, especially in writing, were starting to bother me because there was no one else to blame – I am their only teacher after all.

Here’s a quick list of issues that kept bothering me at the Intermediate level:

I know I can do better. Even though grammar should not rule my classroom, there still are grammar rules, the basic ones. The ones that will help my intermediate learners communicate efficiently in basic structures. The ones that will set them up for success in language learning after my classroom so they do not need to “unlearn” the incorrect versions that have already fossilized. “Oh, French verbs are so confusing!” they would say. I knew why: because most endings are silent yet written differently and because I failed to provide them with adequate focused practice of differences of “il parle” vs “tu parles” vs “ils parlent”!

Enter Gianfranco Conti’s (@gianfrancocont9) blog The Language Gym that I discovered right around the same time. It confirmed some of my ideas and questioned others. It also really pushed me to realize that I need to find a balance between happy carried away CI and non-boring, still relevant, still comprehensible mostly input activities focused on eliminating deficiencies that I identified. I felt like I owed it to my students to equip them with tools they needed and I could not do it without some targeted practice. In context, of course, in mini-doses, but to the point that they become aware and tend to these differences. I am starting to do it now, slowly, focusing on my beginners. My novices are self-correcting already to enunciate well “je” (“I”) as opposed to the sloppy version that sounds like “j’ai” (“I have”) because they know that it changes the message and may confuse the listener. See, communication is still the greatest and the most important aspect of what we do and my students know that any practice in class is for getting better and that I value their effort to speak and write in the target language. As long as I can understand what they are trying to communicate. As long as they do it with increasing proficiency and accuracy.